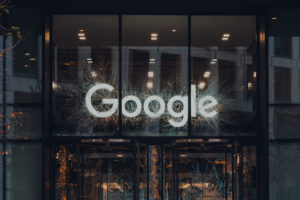 The overflow of technology in recent years has become costly to keep up with, and many are opting to have their devices repaired rather than purchasing new ones. However, the obstacles faced to repair devices are no secret. In some cases, it can end up costing about the same to repair a device as getting a new one, and most manufacturers persuade customers into replacing the device by saying it’s beyond repair. Electronics users have turned to the Right to Repair Movement, and many companies are responding.

Among other industry giants including Samsung and Apple, Google has jumped on the repair bandwagon in the form of home repair kits for all Pixel phones. The announcement comes after the company’s Chromebook repair program announced earlier this year. In a partnership with iFixit, customers will be able to buy spare parts from iFixit.com for the Pixel 2-Pixel 6 models in addition to any future models. Components such as batteries, replacement displays, cameras and more will be available later this year.

In a press release, Google stated, “We want you to have a great experience with your Pixel phone, and that includes easy access to high-quality and safe device repair if your phone is ever damaged.” The company also explained that those who don’t have the proper training or want professionals to fix their device will still be able to go to uBreakiFix locations or other third party repair shops. The problem is, many manufacturers withhold the necessary information required to repair devices. This has been a major obstacle for Apple devices, and only leaves customers with one option: repair their own device.

The idea of self repair has grown in popularity, but presents dangers that many are unaware of. Though repairing your own device may seem like a great way to save money, it will more than likely result in setting your kitchen table on fire. Battery removal and replacement requires certain skills and training that typically only those in the industry possess, and attempting repairs without the proper knowledge is extremely dangerous.

As pressures to expand repair options increase, more tech companies are offering these home repair options, but first consider allowing professionals to take a shot before taking a screwdriver to the wrong port.