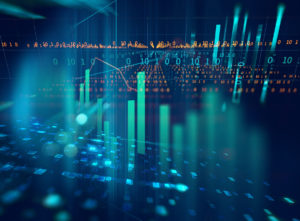 Electronic waste is a subject typically overlooked, most often because few really know how to properly dispose of it. The world generates about 50 million tons of e-waste per year, and the number will only increase. In a 2018 EPA report, the e-scrap recycling rate in the U.S. was 38.5 percent. Recently, researchers in the United Nations conducted a study on e-scrap recycling in UN member nations for the first time, and discovered that recycling rates are much lower than expected.

According to the UN’s “Regional E-Waste Monitor, Commonwealth of Independent States + Georgia”, between 2010 and 2019 the electronic waste generation in the former Soviet Union countries rose 50 percent. This percentage is roughly on par with the world average, however, only 3.2 percent was collected and safely managed, which is well below the world average of 17.4 percent. The study’s co-author, Kees Baldé of United Nations University stated, “E-waste collection rates need to increase across countries in the region, just as they need to increase elsewhere across the world. This improvement can be realized through mandatory handover of e-waste to licensed facilities. Also needed are mandatory reporting obligations for all actors collecting e-waste.” Among the 12 former Soviet Union countries, Belarus has the highest collection rate at 33.6 percent, and Kazakhstan at 8.8 percent, while others have little to no official data indicating organized e-scrap collections. In addition, Belarus, Kazakhstan, Russia and Ukraine are collecting e-scrap for environmentally sound management.

E-waste is not a subject to be taken lightly, and should be a priority all over the world. If not properly disposed of, electronic waste can cause health issues and pollute the environment. IT asset disposition facilities collect e-scrap and ensure the environment is protected via recycling outdated IT hardware. HOBI International Inc. focuses on maximizing economic return, and mitigating potential environmental liability. HOBI offers a range of services including data security and erasure, and maintains legislative compliance.