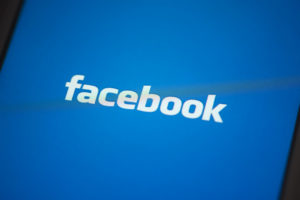 Electronics are an essential part of society, but during the last few years the idea of something more has been tossed around by many different tech companies. Virtual reality is no longer a concept only found in books and movies, but possibly just around the corner. Several tech giants have expressed their desire to own the term metaverse, but one major company has recently taken the next step. Since 2004, Facebook has been one of the most utilized social media platforms. However, most are not aware that social media is only a single facet of many companies owned by Facebook founder Mark Zuckerberg. In a Facebook Connect augmented and virtual reality conference, the company announced that it has officially changed the company name to “Meta” in order to reflect the company’s vision of projects in the works beyond social media.

“Today we are seen as a social media company, but in our DNA we are a company that builds technology to connect people, and the metaverse is the next frontier just like social networking was when we got started,” Zuckerberg stated in a recent interview. The name change will also change the brand’s stock ticker from FB, to MVRS, which takes effect Dec. 1.

The company, now named Meta, plans to expand the company and promote the company’s head of hardware division Andrew Bosworth, to chief technology officer in 2022. Meta also announced a plan to break out Reality Labs, the company’s hardware division, into its own reporting segment. Zuckerberg demonstrated his ambitions for creating a virtual reality via an animation of a software that Meta hopes to achieve in the coming years and expressed hopes that the metaverse will provide millions of jobs for creators and developers. Meta also announced that it would spend $10 billion over the next year to develop the technology required for building the metaverse. In addition, Meta is also working on a new virtual reality headset, Project Cambria, and released the code name, Project Nazare, for its first fully AR-capable smart glasses.

These changes come as the company faces allegations from a report published by a previous employee, Frances Haugen, revealing the company’s struggles with rectifying issues regarding its awareness of the harmful effects of its apps and services. The report included claims that issues were often never rectified. Zuckerberg has refuted the claims and carried on with promises of delivering the metaverse.

Jobs of Tomorrow
December 29, 2022
Advantages of Partnering with a Women-Owned Business
November 7, 2022