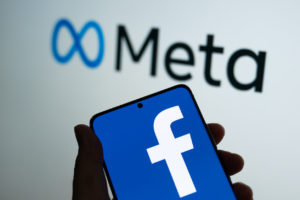 Most are aware of the recent spark of interest amongst tech companies surrounding the Metaverse. Several tech giants have announced plans to invest in the technology required for the concept in a race to own the term. Most notable in their efforts is Facebook, who recently changed their company name to “Meta” in order to better reflect their virtual reality ambitions. Since then other companies have joined the efforts to bring a virtual world to life, but one company is bringing Facebook, now Meta, under fire for stealing their name.

A tech firm located in Chicago exists under the name Meta Company, which was filed for in 2016. In a public message Nate Skulic, founder of Meta Company, addressed the issue in a lengthy, written public statement. In the letter Skulic claims that Facebook lawyers had been “hounding” the company to sell the name in the months prior to Facebook’s announcement of the company rebranding. Skulic also stated that two law firms were involved, one of which aggressively contacted him on multiple occasions about selling the company’s domain registration. The letter goes on to explain how the aforementioned company switched methods after the original Meta company could not be bought, and instead tried to bury them by force of media when they “decided to commit trademark infringement” by rebranding themselves under a name already in use.

“They couldn’t buy us, so they tried to bury us by force of media. We shouldn’t be surprised by these actions–from a company that continually says one thing and does another. Facebook and its operating officers are deceitful and acting in bad faith, not only to us, but to all of humanity”, Skulic wrote.

Meta Company has taken legal action against Facebook and remains unyielding in their fight against Facebook’s continuous bullying. Facebook CEO Mark Zuckerberg has been under fire for several things over the past year, and has yet to comment on the matter.

How to Effectively Manage Waste During the Holiday Season
December 28, 2022
Have a Happy and Eco-Friendly Thanksgiving
November 23, 2022
How to Care for Your Frozen Electronics
November 22, 2022
Apple Faces Lawsuit Over the Violation of the California Invasion of Privacy Act
November 21, 2022

Giving Thanks to Our Veterans
November 10, 2022

Challenges of the Right to Repair Movement
September 14, 2022
Leave Comment