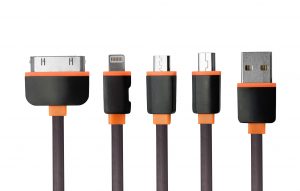 For the past decade, the European Commission has been pushing handset manufacturers to introduce a common mobile phone charger after citing more than 51,000 tons of electronic waste yearly from old smartphone chargers alone.

There have been many complaints from both Apple and Samsung users on the inconvenience of using different mobile phone chargers. Whether it’s trying to find a charger while they’re on the go or dealing with carrying around multiple chargers for different devices, smartphone users are fed up and the EU seems to be as well.

The European Union is planning to crack the whip after tech companies have failed to introduce common mobile phone chargers to cut down on electronic waste, the media reported. Back in 2009, companies included Apple, Nokia, Sony Ericsson and Motorola, among others signed a voluntary memorandum of understanding (MoU) to adopt a single standard, the MicroUSB port, by 2011. Some of the companies even subsequently signed letters of intent in 2013 and 2014 after the MoU expired in 2012. It was last renewed in 2014. Yet, there seems to be no signs of movement towards actually adopting this.

The idea behind the MoU, originally signed back in 2009, was generalizing the charging ports so that users could use the same physical connectors and power inputs, preventing them from having to change their chargers when switching from one handset brand to another, and reducing costs and environmental damage from old un-used chargers.

If companies had adopted the MicroUSB standard in 2014, it would have delayed their ability to make a later switch to USB-Type C.At this point, where the EU is planning to take strict steps towards the enforcement of this undertaking, only Apple seems to be the one that would be singled out because majority of the other companies are voluntarily adopting the USB-C chargers and ports.