Environmental Impacts of a Virtual Reality 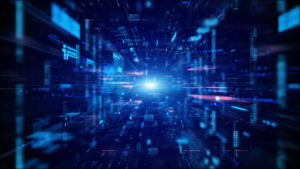 Throughout the years the rate of technology development has continuously increased, leaving many questioning what the future may look like. Fifteen years ago, the idea of having a camera on your phone was thought to be impossible. Now, everyone owns a device not only capable of taking pictures, but providing access to a plethora of information right at their fingertips. Technology has evolved so rapidly that some are wondering what could possibly be next. After the release of Facebook CEO Mark Zuckerberg’s virtual reality application, Horizon Workrooms, it seems the next step may be what Zuckerberg calls the “metaverse,” a concept many tech giants are now competing to deliver.

The term metaverse was first coined in the 1992 novel Snow Crash by Neal Stephenson. Similar ideas have been portrayed in films such as Ready Player One and The Matrix. At one point, this too seemed an impossible idea, but now that Zuckerberg has taken the first steps in expanding the idea beyond video games, many other tech companies are working to deliver the metaverse and own the term. However, while the idea of living in a virtual world may initially sound exciting, there are some pitfalls as well.

Consider the amount of electronics that goes into virtual reality. VR games alone require a headset (some of which must be purchased in several pieces) and two hand controllers, all priced separately. Multiply this with the number of people who would invest in virtual reality hardware, not including futuristic technology that would later be required if the metaverse expanded. With the rate of technological growth, it’s not difficult to imagine the metaverse coming to fruition, but the reality of living daily life through technology would have a large impact on the environment, as well as the IT asset disposition industry.

Investing in a future virtual world means an increase in the demand of millions of dollars worth of technology, overall creating more electronic trash. Poor IT asset disposition can lead to chemicals produced from electronic waste in landfills leaking into groundwater and contaminating the soil. The more VR devices developed, the greater the environmental footprint left behind. This results in a greater need for electronic recycling companies in order to manage the increasing amounts of e-waste. Every piece of hardware purchased to live life in a virtual environment will eventually need to be updated and disposed of when the hardware inevitably becomes outdated.

ITAD companies like HOBI International Inc. collect old electronics and ensure that they are processed and disposed of in a safe and environmentally friendly manner. Every device at HOBI is wiped of residual data via an internally developed data erasure tool, the HOBI Shield®, ensuring client data security. If a drive cannot be erased, then it is shredded. To maximize value in old IT assets, HOBI gives old or damaged electronics a second chance at life through a repair process before resale, overall minimizing damage to the environment and maximizing company ROI.

For more information about HOBI and our ITAD process, call 877-814-2620 or contact us at sales@hobi.com.

The Benefits of Partnering with an ITAD Enterprise Like HOBI
January 25, 2022

Tech Solutions Series: Why is my computer so slow?
January 24, 2022

Use an ITAD Enterprise to Process Your Off-Lease Equipment
January 13, 2022
Leave Comment