In some therapy sessions, electronic waste is all the rage 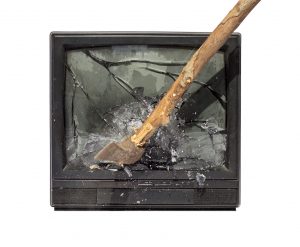 “Destructo Therapy,” is a popular form of therapy that involves destroying electronic waste equipment. With the use of “rage rooms,” this practice offers people the chance to let out any and all pent up anger by destroying discarded household wares. Because of this, demand for used electronics and broken scrap have slightly increased.

The concept began in Spain in 2003 and has moved its way to the United States with several rage rooms offering destruction therapy in Texas, New York, California, and Nevada.

According to The Wall Street Journal, two new establishments in New York City that offer rage rooms said they have turned to eBay and Craigslist to find smaller electronics, such as printers, keyboards, televisions and monitors.

After the electronics have been destroyed, the waste finds itself on the way to e-scrap processors. One of the New York room owners said he takes the remaining scrap to a nearby processor, E-Waste Warehouse in Brooklyn, which sells what it can salvage and recycles the rest of the material.

Sin City Smash, a popular Las Vegas rage room, issued a press release noting that it had recycled 4,000 pounds of e-scrap after staff members “painstakingly” sorted through the mess left by smashing session to find which materials could be recycled.

As for the physical and mental health implications of rage rooms, significant questions remain. In an NBC report from 2016, a rage room customer is shown destroying TVs, including mercury and lead containing flat screen displays and CRT TVs, with nothing but a pair of gloves and face shield for protection.

Furthermore, psychologists writing for verywellmind.com and psychologytoday.com point to research showing that using violence to deal with stress and anger can encourage more aggression and violence as a way to day with stress in the future.