How E-Waste Plays a Role in Brain Surgery 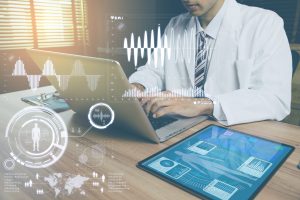 We can say without hesitation that humans are generating a staggering about of e-waste. We’re living in a digital age where new technology and still-usable but dated devices are flowing in and out of our hands at a constant speed. And unfortunately, many are still opting to take less-than green avenues to dispose of their unwanted electronics.

In 2016 alone, nearly 44.7 million metric tonnes of e-waste were generated globally. To get a better perspective of what this means, you can think of this amount as equal weight to 4,500 Eiffel Towers. In fact, according to the National Geographic, that’s like every American family throwing out the equivalent of 400 iPhones a year.

Yet, Global E-waste Monitor suggested in a December report that only about 20 percent of the world’s e-waste was properly recycled in 2016, despite that fact that 66 percent of the global population is covered by e-waste legislation that requires safe disposal of e-waste materials. Meanwhile, the remaining 80 percent was shipped overseas to other, often poorer, countries for disposal. Typically these materials are brought to a landfill or simply abandoned, which wastes precious metals like gold, silver, copper, platinum, and palladium – all of which can be recycled.

Fortunately, as global e-waste amounts continue to rise, so do innovative ideas on how to up-cycle and recycle the waste. In Brazil, doctors have been putting old iPhones to very good use. An article in the Journal of Neurosurgery newspaper, shows how dated iPhones are being used to help perform brain surgery as cheaper options to expensive and bulky video monitoring systems.

Mauricio Mandel, a doctor at the University of Sao Paulo Medical School, said in a statement, “The most interesting aspect of this project was that our initial goal was to reduce the cost of the neuroendoscopic video set, but, in the end, we came across a new, more intuitive and fluid method of performing these procedures.”

The study analyzed 42 surgeries in which a fully-charged iPhone 4, 5, or 6 was attached to the front of a neuroendoscopy with an adaptor, allowing the primary surgeon to focus on the iPhone screen in front of him or her, rather than having to look off to the side, where the video monitor typically stands during procedures. The screen also sent WiFi video to a monitor placed elsewhere in the operating room. According to the team of surgeons who tested the smartphone-enabled device found the images were on par with those provided by traditional medical equipment and deemed all 42 surgeries were as successful with no complications involved with the smartphones.

As odd as it may sound, there are a lot of advantages to integrating smartphones into surgeries. According to the paper published by the Journal of Neurosurgery, the phone’s high-definition display provided an “excellent view” of the surgical site, and could be manipulated or enhanced in real time via the touch screen. Smartphones are cheaper and more portable than standard endoscopic video equipment and they don’t require an external power source. This allows surgery to run longer if needed, a surgeon simply needs to recharge the phone’s battery without interrupting the procedure, which makes them ideal for minimally invasive surgeries.