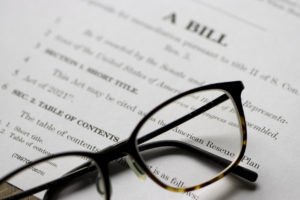 South Carolina’s House Bill 4775 has finally passed the State House and Senate after spending a month in conference committee over claims that the Senate had tried to link an unrelated bill. With an effort to reform the state’s extended producer responsibility (EPR) program for electronics, the bill eliminates weight targets for electronics collection and gives consumers easy access to drop-off sites. The bill also focuses on a convenience metric for drop-off sites rather than a weight target.

If signed, House Bill 4775 would make South Carolina the second state to move to the “clearinghouse-style” program, which is a model that requires manufacturers funding the system to develop plans ensuring that local governments in the program are covered. The bill would also require a collection site in each county, with the number of sites to vary depending on how large the population is.

South Carolina currently bans consumers from discarding covered devices in a landfill. In addition, television and computer manufacturers are currently required to join a representative organization or to submit a plan to create a consumer electronic device stewardship program. House Bill 4775 would require recoverers that store, consolidate or process covered devices to register with the state’s Department of Health and Environmental Control, as well as pay a $3,000 registration fee.

The bill has been sent to Gov. Henry McMaster’s desk for signature, which would result in the forming of a stakeholder group on June 1, 2026, to provide an operations and financial impacts report.