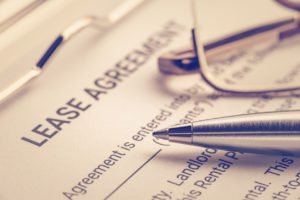 Rumors that Apple is developing a leasing program for its devices have recently circulated, raising questions from the company’s loyal customers. The rumors stirred surprise among Apple users, however, this is not the first time the idea of leasing devices has been put into action.

Berlin-based device leasing company, Grover, was founded in 2015 with a mission to create the most innovative ways for everyone to get the technology they want. Grover raised more than $1 billion in funding in July 2021 and another $330 million shortly after its expansion to the U.S. For a monthly fee Grover allows consumers to subscribe to smartphones and other devices and bring them back when they wish to upgrade. Grover takes the used devices and either refurbishes them or recycles them depending on whether or not the device has reached the end of its usable lifecycle. According to a press release on the company’s website, “The average product will be circulated to at least 4 different users over several years, and the record holding product is a GoPro that has been circulated 27 times.”

The German born company now has 500,000 items in its inventory, which covers the entire consumer electronics spectrum, and has a valuation of more than $1 billion. The most recent funding was provided by Energy Impact Impact Partners investment firm, in addition to investments from Korelya Capital, Mirae Asset-LG Electronics New Growth Fund, Viola Fintech and Assurant and coparion. Grover currently has an employee count of 450, and plans to use the recent funding to grow subscribers in existing markets like Germany, Austria, Spain, the Netherlands and the U.S.

Tech companies like Apple are taking an interest in this new phenomenon and planning their own device leasing programs. Grover CEO, Michael Cassau, has called the device leasing process a “major worldwide societal shift, one that will transform how we access and use technology to be more flexible and sustainable.”