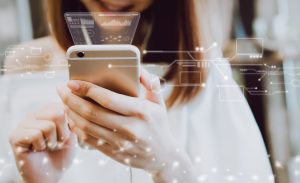 It can be pretty fun to speculate about tech rumors, especially when they apply to our everyday tech products. That’s why we’ve put together a list of popular rumors circulating the market to help you keep up with what you can expect in the consumer electronics market over the next few years.

Apple’s wireless AirPower charger is coming in September and the iPhone X almost didn’t have a charging port at all
Apple announced its own AirPower wireless charger at their annual keynote event back in 2017. Now, we’re the 2018 keynote event has already passed and it’s still not on store shelves. In fact, Apple didn’t even mention the device during the presentation. Bloomberg claimed it’s still in the works for September, so the clock is running.

Apple missed its shipping estimate with the HomePod last year, and it’s still far behind its original estimate on the wireless charging pad that would juice up the iPhones and the Apple Watch. If it really was going to hit stores soon, it sure seems like Apple would have talked about it during the event. At this point, it wouldn’t be all too surprising if the technology were to make its appearance in the market in 2019.

The iPhone will ditch the Lightning port and go totally USB-C
Back in 2011, Apple introduced the Lightning connector to replace the typical 30-pin connector previously used in iPads, iPods and iPhones. Now, MacRumors says a report from Digitimes suggests another shift is coming in 2019, this time to USB-C. Some speculated that we would see this change in the new iPhones, but that didn’t pan out.

The sources on this rumor are anonymous and seem flimsy. It’s unlikely, but it’s not totally impossible. The 30-pin connector had a run of roughly 11 years, almost twice as long as Lightning has been around. USB-C adoption has also been spotty across the industry. Recently, however, the EU has been discussing the possibility of using regulations to ensure that all phones use the same connectors. It would likely be USB-C.

Palm smartphones are coming back this year
The company responsible for the Palm Pilot, the Treo smartphones, and the Pre device, which had a dedicated following in the tech world. Unfortunately, Palm has been out of the smart device game for years, but rumors say a new Palm device is coming later this year.

An FCC filing suggests that this device is really happening. However, initial reports suggest the device might be kind of disappointing.

Samsung has plans for a folding smartphone in early 2019
Samsung confirmed the foldable smartphone that could arrive this year at the Samsung Developers conference in November. A report from the Wall Street Journal claimed that Samsung could release a folding phone as early as the beginning of 2019. When expanded, the device would have a 7-inch screen, which makes it roughly the size of a small tablet.

Looks like Samsung is working on stealing some of the thunder from the upcoming iPhone X and Google Pixel 3 announcements at the end of 2018. Apple is reportedly also rolling around the idea of a folding iPhone, which would compete with Samsung’s redefined flip phone.

Samsung’s Galaxy S10 phone will have three sizes and a fingerprint reader in the display
If you want a typical, non-folding Samsung phone, a report by Business Insider says the upcoming Galaxy S10 will have three versions, including 5.8-inch, 6.1-inch, and 6.4-inch displays. The report also claims that the larger models will have an ultrasonic fingerprint reader integrated into the display.

It’s still early to speculate about the Galaxy S10 since it won’t debut until next year, but these rumors seem reasonable when considering the history of the Galaxy S product line. The in-display fingerprint reader also makes sense as a differentiator from the iPhone, since Apple isn’t likely to release a phone with that feature.

New Apple MacBook Airs and Mac Minis are coming this year
Apple’s MacBook Air is years past due for a major update (it got a very slight spec bump last year), but a report from Bloomberg claims a skinny new machine is coming before the end of the year. The report also claims that Apple’s cheap desktop PC, the Mac Mini will get an update making it more attractive to “professional” users like app developers or folks who work in data centers.

It’s about time both of these machines get some new life and hardware. The last time the Mac Mini got an update was roughly four years ago. The new MacBook Air rumors claim it will have slimmer bezels (which seems like a no-brainer) and a higher-resolution, Retina screen.