Dangers of Self Repair Include Setting Your House on Fire 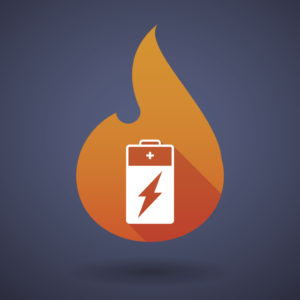 As technology evolves, it also becomes more expensive. Newer smartphone models range anywhere from $800-$1,000 and higher depending on size, storage capacity etc. Repairing devices can be almost as expensive as purchasing a new one, which is leading many consumers on the quest to repair their device elsewhere. Instead of getting slapped with a bill almost equivalent to what you paid for the device, or being told you should just replace it altogether, users are opting to take devices to third-party repair shops. The problem is, manufacturers are known to withhold the knowledge needed or repair shops to fix them. Thus, the right to repair movement began.

The Right to Repair Movement is composed of advocates with a goal of advocating for repair-friendly policies, regulations, statutes and standards at the national, state, and local levels, according to The Repair Association. The movement has grown to encompass farming and medical equipment as well, and has resulted in legislation discussing the matter in more than 25 states. Repairing your devices or machines elsewhere may seem like an excellent way to save money, reuse old devices and reduce the amount of new devices that are manufactured, however, self repair can be extremely dangerous.

In response to pressure from the repair organization, tech giants such as Apple, Samsung, Microsoft, and now Google, have started expanding their repair options in the form of self-repair programs, but repairing your own device may cause more harm than good. Every electronic device contains a battery of some sort, and most every device today is made with Lithium Ion batteries. Batteries in general can swell and cause issues when they get too hot, but Lithium Ion batteries are known to combust when they are damaged and cause large fires.

In the early 2000s, an entire hazardous waste facility was destroyed by a fire started by Lithium Ion batteries. A single LIB started a five-alarm fire in Jamaica, New York, one of the biggest to date. Many Materials Recovery Facilities (MRFs) house thousands of LIBs, and can start a chain reaction. This was the case in 2021 when an abandoned paper mill storing 200,000 LIBs caught fire and resulted in the evacuation of more than 1,000 homes. The fire was believed to be caused by a water leak in the ceiling, which sparked an ignition and set off a chain reaction.

Imagine someone taking home a self-repair kit, unaware of what even the smallest amount of damage could do. When simple trips downstream or a drop of water could cause combustion, all it would take is the wrong tool jammed into the wrong port to set a house on fire. Electronic recycling facilities like HOBI, and other MRFs have trained professionals skilled in safe battery removal, something that self-repair kits cannot provide even with step-by-step guides. There’s nothing wrong with taking your devices to a third-party repair shop, where professionals can safely remove batteries and repair devices, but repairing devices at home only endangers the lives of customers.

Releasing the information and tools required to repair devices exclusively to professional third party repair enterprises would prevent the risk of fires started in homes across the globe from users attempting self repairs.