Cybersecurity Threats to Watch for in 2023: Pt. I 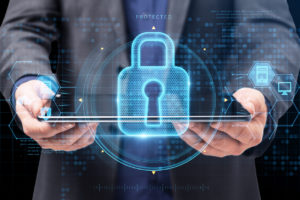 Smart devices as hacking targets. AI is on the rise, and so are cyberattacks. The use of artificial intelligence has become increasingly popular in smart devices, making them targets for hackers. Quality assessor at UK-based aerospace company Aerospheres, Tina Grant, predicts smart cars to be an especially large target because they use Bluetooth and wifi to connect and come with automated features. Cybersecurity researcher and founder of Columbo Tech, David Columbo, explained in a series of tweets that he had hacked into and gained remote access to “over 20 Teslas in 10 countries,” demonstrating the dangers of cyberattacks.

Phishing and social engineering. Experts in the industry believe that the rise of phishing attacks will continue to increase in 2023 due to more people turning to cybercrime for financial gain. According to Ernie Moran, general manager of automated prepaid card fraud protection software, Arden, at financial protection service Brightwell, “The downturn in the economy this year will almost certainly lead to an increase in individuals taking additional risks to commit fraud in 2023, but many financial organizations are still unprepared to identify and take action on a coordinated and targeted fraud attack.”

Crime as a service. Last year, a Meta employee was fired for using their employee privileges to allow unauthorized access to Facebook profiles, and charged “customers” thousands of dollars in Bitcoin. As technology evolves, cybercrime is becoming more established as a source of revenue, and some hackers are expanding their services to a wider range of clients and turning their hacking expertise into crime-as-a-service. Cybersecurity expert and cybersecurity podcast host Adam Levin believes that platforms that allow hackers to offer their services will be the number-one security threat in 2023.

Multiple threat vectors used in attacks. In a nutshell, multiple threat vectors are exactly what it sounds like, distracting companies with one threat vector while another is launched. For example, last year, Google Cloud Armour experienced the biggest Direct Denial of Service (DDoS) attack ever recorded, likened to “receiving all the daily requests to Wikipedia in just 10 seconds” by Emil Kiner, senior production manager for Cloud Armour and technical lead Satya Konduru. Tech.co senior writer Aaron Drapkin explained that ransomware gangs will “not only attempt to encrypt and then exfiltrate data and demand a ransom, but also orchestrate other types of attacks, such as DDoS attack or threatening victims’ associates with data leaks.”

The world is changing, and so is data security. Now, more than ever, it’s crucial to protect company data by partnering with an ITAD provider like HOBI. HOBI’s value-added IT asset disposition (vITAD) services include top-tier data security and erasure via an internally-developed data erasure tool, the HOBI Shield®, as well as repair and remarketing opportunities.

For more information about our vITAD services, call 817-814-2620 or contact HOBI at sales@hobi.com.