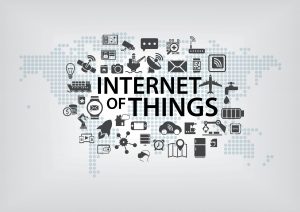 Leading password manager and digital vault, Keeper Security released a report Nov. 20 that showed consumers had little care to the host of security risks that come with IoT toys and devices. The company surveyed 1,000 U.S. adults and found that millennials (age 25-64) were the most likely to buy IoT devices. According to the survey, 65 percent of millennials indicated that they were not even aware of IoT security risks. Additionally, this 65 percent also indicated that IoT device security is not something that they take seriously.

The respondents of the survey were looking to purchase connected IoT devices across multiple categories. More than 53 percent indicated they plan to purchase IoT toys, 23.6 percent sought to purchase wearable devices, while the remaining 22.4 percent of IoT purchases are connected home devices, such as the Nest Learning Thermostat.

Darren Guccione, co-founder and CEO of Keeper Security comments that, “Most of the findings were in line with my expectations but I was surprised to learn that 1 in 5 connected devices are abandoned because the owner forgets the password.” Consistent with other studies, consumers are showing that they just don’t care as much as they should about IoT security and would rather replace the device if compromised than look into security measures.

Earlier this month, McAfee released its annual Most Hackable Holiday Gifts list, which reported that 20 percent of consumers would buy an IoT device with known security risks. According to Guccione, “consumers often expect the things they buy in stores to be safe, which is not necessarily an incorrect assumption. However, IoT manufacturers won’t being to take security vulnerabilities ad concerns to fear until consumers demand it from them or the government enacts regulations that force them to make the devices safe.”

Guccione is not alone in this thought. IBM Resilient CTO Bruce Schneier advocated for the idea of forcing regulations to help improve IoT security at the SecTor security conference Nov. 15. And this past July, the FBI released an advisory on the potential risks of IoT connected toys.

Looking forward, many experts expect the adoption rate for IoT devices to continue to expand. “I also believe that will be more security incidences and data breaches involving IoT devices throughout 2018 and that these attacks will prompt more awareness and education with the public,” Guccione said. “It will also, most likely, push the government to pass more regulations.”