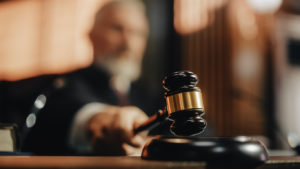 Beginning almost six years ago, dozens of e-scrap companies were sued after Closed Loop Refining and Recovery left warehouses full of CRT material when the business failed in 2016. This resulted in a dispute over funding for the cleanup of about 150 million pounds of abandoned CRT materials in Columbus, Ohio.

Complaints targeting e-scrap companies were first filed in September 2017 and March 2019. Later, a complaint was filed in August 2020 targeting OEMs. The companies were sued by Garrison Southfield Park and Olymbec USA, warehouse owners left with large amounts of CRT materials to clean who alleged that the companies were responsible for directing shipments to Closed Loop via their participation in state EPR programs.

Many of the companies involved denied responsibility for cleanup, but some signed settlements in favor of prolonging the legal battle. Some defendants were dropped from the case due to various reasons, but 35 defendants settled with Garrison Southfield Park and Olymbec USA to pay a combined $10.8 million.

The last of the warehouses were cleaned out during the last few weeks, and most of the material was sent to hazardous waste landfills, with the entire cost of the Columbus cleanup roughly estimated at $20 million.

According to a Sept. 14 status report, the judge has indicated that a global settlement may be on the horizon. Motions to approve settlements with the remaining defendants are to be submitted within the next 30 days with minor exceptions including an individual who sold the warehouse to Garrison Southfield Park, and Robert Erie who was sentenced to prison time in 2017 for conspiracy to traffic in counterfeit goods with now-closed company E-World Recyclers.