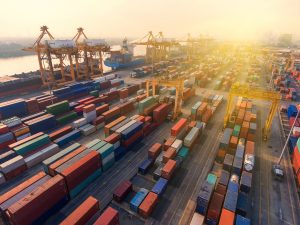 In an alert sent to its members Nov. 16, ISRI says the Government of China notified the World Trade Organization (WTO) of its intent to adopt the Environmental Protection Control Standards for Imported Solid Wastes as Raw Materials (GB 16487 .2-13), the standards that set the allowable contaminates thresholds for scrap imports. China proposed that the following would apply beginning March 1, 2018:

Earlier this week, ISRI emailed its members noting that the Chinese government was expected to release final scrap import guidelines within the next two to four weeks. Based on the feedback received while ISRI members attended last week’s China Nonferrous Metals Association conference in Ningbo, contaminant thresholds appeared likely to be set at one percent for ferrous and nonferrous metals, one percent for paper and 0.5 percent for plastics.

ISRI reported that the Chinese industry associations think the new thresholds are a ‘victory’ for the industry because they are preferable to the 0.3 percent threshold for ‘carried waste’ that China originally published in August. However, while pleased to see movement away from the 0.3 percent threshold, ISRI comments that the new proposed threshold levels are, “still of great concern.” Aligned with the Bureau of International Recycling (BIR) and peer organizations around the world, ISRI  plans to ensure the industry’s positions are heard and understood.