China extends import ban to include all materials 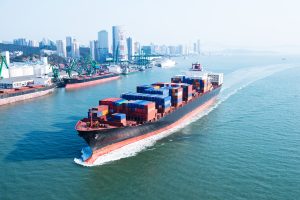 July 11, the Chinese government released a proposal to completely ban imports of recovered fiber and every other form of solid waste. This proposal is in addition to the previous July 2017 filing, where China’s Ministry of Environmental Protection announced that they would no longer be accepting imports of mixed paper, post-consumer plastic (including difficult-to-recycle types) and vanadium slag, as well as the March 2018 announcement that China would be setting a prohibitive contamination limit of 0.5 percent on all other waste imports.

And what prompted China to do this? Well, for the past two decades, the recyclables China has been importing from other countries have had a high rate of contamination — we’re talking anything from minor impurities to full-on hazardous waste. The toxins from these materials were being released into the environment during the recycling process, and contaminated waste was being dumped into rivers. These problems combined to form serious air-quality issues, polluted drinking water and, ultimately, a public health crisis.

Resource Recycling was the first to break the news and states that “just as many industry discussions have been speculating, China seems well on its way to putting a full import ban in place,” at least when it comes to waste management. While China’s National Sword policy has put a stop to imported recycled plastics and mixed paper since the beginning of the year, higher grades of fiber have been allowed to continue to move into the country. RISI noted that there is no firm date of implementation attached to the plan. However, the RISI update noted that although previous reports floated a 2020 implementation date for an all-out ban, the Chinese government is “looking for the law to go into effect before then.”

RISI, a fiber research firm, first reported on the latest addition to the import proposal, noting it would “entirely ban the import of solid waste, including recovered paper,” and would be making this move much soon than others in the industry had anticipated.

According to a second document published alongside the draft proposal, the Standing Committee of the National People’s Congress will consider the solid waste regulations as part of its 2018 legislative work plan. RISI reported the Congress will review the legislation in December.