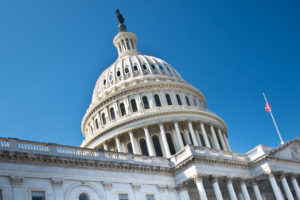 During the last 3 years, Senate Bill 54 , the Plastic Pollution Producer Responsibility Act has seen much debate and appeared in multiple iterations, but recently passed the state Senate. The bill would create a producer responsibility organization (PRO) to run a collection and recycling program to be overseen by the state. This would also establish a form of extended producer responsibility (EPR) for packaging and printed paper.

Originally submitted in November 2019, the California Recycling and Plastic Pollution Reduction Act would have funded the build up of recycling and composting infrastructure with a plastic tax paid by manufacturers. This proposal sparked controversy, and many in the plastics industry opposed the ballot, voting in favor of SB 54 as an alternative. As a result, many worked to finalize the language in SB 54 in order to get the ballot measure withdrawn including California legislators, environmentalists and industry representatives.

California Gov. Gavin Newsom signed SB 54 into law, and the ballot measure backers agreed to withdraw the measure that would impose a tax on manufacturers.