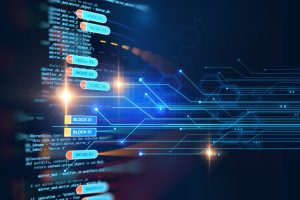 In 2017, we saw the proliferation of proposed applications and startups using blockchain technology. While banking, finance and real estate are the ‘usual suspects’ by being ahead of the curve, even industries like education, social media and security are being disrupted by blockchain-powered startups. More than likely, this is due to the inherent connection between blockchain technology and security.

Blockchain is an incorruptible digital ledger of economic transactions that can be programmed to record not just financial transactions but virtually everything of value. It offers a totally different approach to storing information, making transactions, performing functions, and establishing trust, which makes it especially suitable for environments with high security requirements. For more than eight years, blockchain has successfully withstood cyberattacks. In fact, many enterprises, such as the American global aerospace, defense, security and advanced technologies company Lockheed Martin, have opted to bet on blockchain for their cybersecurity and use the advanced technology to help solve pressing security issues.

Guardtime, a software security company founded in 2007, uses blockchain technology to help secure sensitive records. Through blockchain the company creates a Keyless Signature Infrastructure (KSI), which is a replacement for the more traditional Public Key Infrastructure (PKI), that uses asymmetric encryption and a cache of public keys maintained by a centralized Certificate Authority. In an article by the American Institute for Economic Research (AIER), Guardtime has become the world’s largest blockchain company by revenue, headcount, and actual customer deployments.

Another innovative enterprise that makes use of blockchain is REMME, a company that aims to make passwords obsolete. Leadership at REMME believe that the biggest weakness of traditional systems is the use of simple logins and centralized architecture. By eliminating the human factor of the authentication process, the more potential attack vectors can be prevented. Blockchain takes the responsibility for strong authentication and resolving the single point of attack.

Essentially, blockchain addresses the fundamental flaws of current cybersecurity by take eliminating the human factor for the equation, which is typically the weakest link. Blockchain provides end-to-end privacy and encryption while still ensuring convenience for users. That said, this revolutionizing and resilient technology is here to stay. From individuals to enterprises to governments, blockchain technology offers many promises in terms of extensibility and robustness, most notably in the field of cybersecurity.