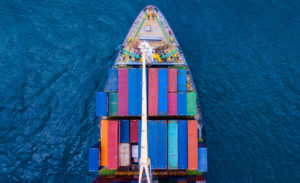 Last year the Basel Convention on the Control of Transboundary Movements of Hazardous Waste and their Disposal published several changes to the convention that would tighten e-scrap export regulations. The meeting took place this past week in Geneva, resulting in approval for e-scrap related changes, and puts further emphasis on the creation and adoption of a sound set of technical guidelines.

As an international treaty, the Basel Convention governs how waste is moved around the world and its membership comprises more than 180 countries, not including the United States. The proposed changes include the reclassification of certain materials as hazardous and expanding the definition of “waste” under the convention to include devices being prepared for reuse. Both amendments create more paperwork and loopholes for companies to jump through in order to ship used devices to other countries, and prevents e-scrap exports of certain materials to Basel party countries altogether.

Depending on which materials are being shipped, and whether or not the materials contain the necessary levels to be considered hazardous, the new amendments will significantly impact U.S. e-scrap trade due to its non-member status to the Basel Convention. Requirements are already in place for prior informed consent (PIC) between Basel party countries for e-scrap containing hazardous materials, the definition of which can be found in the Basel Convention’s Annex VIII as a “red light” list. The list includes e-scrap contaminated with cadmium, mercury, lead or polychlorinated biphenyls.

A green light list found in Annex IX currently includes materials that do not contain high concentrations of hazardous metals and can travel freely between Basel party countries without PIC, and include electronic components destined for reuse. In Annex II, a yellow light list specifies materials that are not automatically considered hazardous, but are found worthy of regulation by the convention and include household garbage and residue from incinerated household trash, and requires prior informed consent.

The new amendments will go into effect Jan 1, 2025, and the UN’s proposal to amend Annex IV of the Convention, which will ultimately determine when a substance or object is considered a waste within the scope of the Convention, is in further consideration.