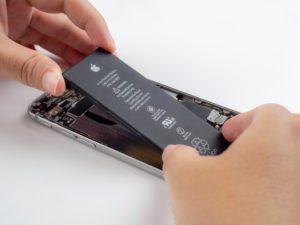 As the idea of consumers repairing their own device has spread, many tech giants have announced self repair programs, Apple being the most surprising. The Apple self repair kits were intended to be a more cost effective alternative for device repairs, however, the home repair kit may end up being even more expensive than manufacturer repair.

MacRumors recently published a review of Apple’s new self repair kit, where Dan Barbera, the site’s videographer, purchased the kit himself and gave his feedback via a YouTube video. For starters, the Apple Self Service Repair Store website only sells parts and tools for the iPhone, and only for the iPhone 12 model and newer.  Depending on what part of the phone you are trying to repair, different parts and tools are available, varying in price. The website also gives you the option to rent the repair kit with all the tools required or to purchase the tools separately based on user needs.

If users choose to rent the kit, they will actually be renting two large kits weighing 43 pounds and 36 pounds for $49. However, the rental period is only 7 days, and a temporary authorization is placed on your account in case you fail to return the kit by the end of the rental period. If a customer fails to return the kit, they will be charged $1,300.

For the review, Barbera first explained that he is not a skilled repairman and purchased parts for a battery replacement for his iPhone 12 mini, along with the tool kit. After renting the tool kit and purchasing the battery bundle, Barbera ended up spending about $120 to repair the device himself instead of the $69 it would have cost him to let Apple replace it. In the review he noted a few components were missing from the kit including heat protective-gloves and tweezers, both of which were stated as required in the manual. Barbera also purchased extra supplies that were recommended but not required, such as rubbing alcohol to help loosen the adhesive.

Not every repair is more expensive. Several would end up being cheaper to repair yourself, and Apple does offer return credit for select parts that are replaced as a small silver lining, but according to MacRumors, the risk of damaging your own device and having to pay even more to replace it is far greater than the benefits. As an average consumer, Barbera described the process as difficult and mentioned several times that he feared he’d punctured the battery, which can be extremely dangerous and even result in a house fire.

“Apple does a great job of quickly sending you everything for this and labeling and organizing things, but ultimately it comes down to how well you can follow the instructions, how much patience you have and whether or not you really want to risk your phone of further damage if you mess something up. I highly recommend just letting them do it, it’s what they can do, they’re better at it, or taking it into a local shop if that’s what you want to do”, Barbera of MacRumors said of the experience.