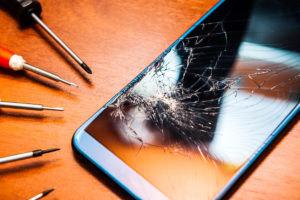 For the last few years the Right to Repair Movement has gained traction with many different companies in efforts to protect customers’ right to repair their own devices. Famous for its sleek, expensive products, Apple has publicly lobbied against the movement for years, and refused to release any information on repair for their products. The company’s restrictive repair policy has caused an uproar for customers who end up spending just as much, or more to have Apple repair their devices, or end up having to purchase new devices entirely. However, Apple has recently taken a turn on their repair stance. According to The Wall Street Journal, the company is set to release a new Self-Service Repair program by early 2022.

In a large step forward for the Right to Repair movement, the new repair program will allow consumers to repair their own devices with authentic Apple parts and tools, instead of having to spend double the amount of time and money for the manufacturer to tell them whether or not the device can even be repaired. The program will focus on the most common serviced modules such as the phone display, battery and camera, with plans for additional repair options to be added later on. The repair options will first be available for the iPhone 12 and 13 lineups, and will soon be available for Mac computers running the M1 chip. According to Apple, the Self-Service Repair program is “intended for individual technicians with the knowledge and experience to repair electronic devices.” This means most customers will still need to visit professional repair shops to fix their devices, however, at a much lower cost. That being said, no professional knowledge is required for customers to be able to repair their devices themselves. Apple device owners with valid device serial numbers can still register online to order parts for conducting a self-service repair at home, however, they must first agree to the terms and conditions stating the possibility of voiding their warranty through damage during self-repair. If any mistakes are made during the self-repair process, users are welcome to make a repair appointment with Apple for an additional charge. Prices are set to be announced next year, and Apple has stated the company plans to charge the same amount typically offered to independent repair shops.

While this announcement has been a major step forward in acknowledging a consumer’s Right to Repair, the main question we as repair centers always contemplate is liability. Allowing customers’ the freedom to repair their own devices seems like a great idea, until someone gets hurt. Some parts of electronics, such as Lithium Ion batteries, can be particularly dangerous if not handled with the proper training and care. If Apple enables someone to replace their own battery at home and they burn their house down in the attempt to get the battery out, the company may end up with a lawsuit on their hands despite good intentions.

This change comes after the Biden administration passed an executive order addressing consumer affairs and encouraging the Federal Trade Commission to issue rules barring electronics makers from preventing consumers from utilizing independent repair shops, or repairing their own devices. As of 2022 customers will be able to repair their devices in any way they see fit.