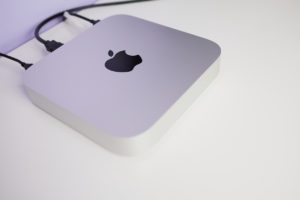 Apple is known for its luxurious, though extremely expensive Apple products, as well as its restrictive repair policy that used to prevent third party repair shops from being able to repair Apple devices. In the past, the tech giant has found itself in hot water over false environmental claims after announcing that the company was taking steps to be more environmentally conscious. However, Apple recently made surprising changes to its repair policy, along with a self-repair kit for consumers, and now they have begun selling refurbished Mac Studio models.

For the first time, Apple has begun selling refurbished Mac Studio models in the United States, Canada and select European countries including Belgium, Germany, Ireland, Spain, Switzerland, the Netherlands and the United Kingdom. Currently, two refurbished models are available in the U.S., one that uses the M1 chip for $1,799 and one that uses the M1 Ultra ship at $3,599.

According to Apple, all certified refurbished Macs undergo functionality testing, a cleaning and inspection, and are repackaged in a new box to include a manual and a power cord. In addition, the refurbished devices will be covered by Apple’s one-year warranty as well as the 14 day return policy. Devices will also be eligible for AppleCare+ coverage.

This surely seems like a step up for the infamous tech leader, but some are questioning whether or not this is really a good deal considering the refurbished prices are only a couple hundred off of the device’s original price. Many believe this is just another flimsy attempt to appear as if the company is environmentally conscious. A similar situation recently occurred with their self-repair kits, as many users who personally used the kits ultimately concluded that it would be cheaper to take the devices to Apple. Purchasing refurbished equipment as an alternative to brand new devices is an excellent way to preserve natural resources, however, Apple always finds itself under fire each and every time the company attempts to make positive environment changes.

HOBI is an IT asset management and disposition enterprise that prioritizes environmental sustainability. We collect retired IT assets and ensure that they are disposed of in an environmentally friendly manner via electronic recycling. HOBI also offers repair, refurbishment services, as well as remarketing opportunities for all mobile devices and tablets.