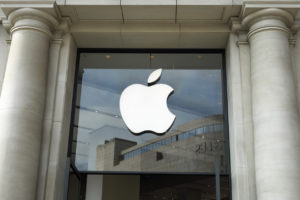 Apple has been a long time supporter of subscriptions, even more so in recent years with the release of services like Apple Music, Apple TV Plus, Apple News Plus, Apple Fitness Plus and Apple Arcade. The company is now rumored to be extending subscription services to its hardware. According to Bloomberg, the tech giant is working on a subscription service for the iPhone and other products. Bloomberg described the news as, “a move that could make device ownership similar to paying a monthly app fee, according to people with knowledge on the matter.”

According to the article, the project is still in development but the hardware subscription would be “akin to an auto-leasing program.” The idea is to potentially make it easier for consumers to get their hands on the latest gadgets, or rather, make it easier to spend the money on the latest gadgets. Though the company already offers an installment program, the subscription service would be a set monthly fee (yet to be determined) depending on the device rather than the device’s price divided across 24 months. Author of the Bloomberg article, Mark Gurman, wrote that Apple has also discussed providing users with the option of swapping out their current devices for newer models.

While this may sound revolutionary on some level, especially the possibility of upgrading to new devices every time they are released, some have already begun to question whether or not the move is too good to be true. TNW posed some valid questions in a recent article such as, “Would Apple lend me devices like a $5,999 Mac Pro, AirPods, or accessories like those $699 wheels for my shiny new desktop? Can I just use a device for one month and return it? Will there be a trial period like Apple’s other services? Can I own the device after paying X months of rent?”

Many loyal Apple customers have similar questions. Would this take complete ownership off the table? If so, would users renting the device have to pay for accidental damages or would Apple include a blanket insurance figure in the subscription? The questions are endless, but Apple has refused to comment on the subject thus far, leaving theories up in the air.

The subscription program has reportedly been in development for several months, and put on the back burner at least once for more demanding launches. According to Bloomberg, the subscription service is still expected to launch by the end of this year, however, could be delayed into 2023 and still has a possibility of getting canceled altogether.