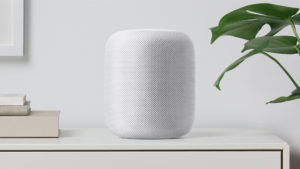 Apple began the WWDC by revealing Amazon will be available on Apple TV devices later this year, so users will be able to access Amazon’s video services. After Apple TV updates, Cook moved on to Apple’s Watch updates, which include new faces and fitness capabilities, a flashlight function, improved Bluetooth and Music and improved Watch OS that will launch later this fall.

Following Apple Watch, the keynote moved onto Mac, which Cook described as the “heart and soul of Apple.” Cook revealed the name of the next macOS, High Sierra. High Sierra hosts a majorly improved Safari, modernized file system, VR support, improved graphics and potential AR capabilities. High Sierra will be available this fall.

FInally, Cook introduced iOS 11. iOS 11 will bring many improvements, including an improved control center, new Messages capabilities, person-to-person payments in Apple Pay, upgraded Siri, improved Photos and Videos storage and editing and safety features, including a capability to shutdown the device while driving.

Apple wrapped up the WWD by revealing the new HomePod, a 4-inch speaker that will compete with Amazon Echo and Google Home. The HomePod utilizes “hey Siri” to deliver news, reminders, traffic information, send text messages and also uses a musicologist for recommendations.

iOS 11 is available to developers next Monday, and for consumers to upgrade during the fall, and the HomePod will be available this December, beginning at $349.