Apple Plans to Move Production Out of China 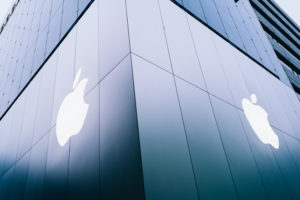 Apple Inc. has announced its plan to move some of its production outside China and operate elsewhere in Asia, possibly India and Vietnam. This transition has been in preparation for some time, but the two events China is facing now are the ultimate motivator. First, China still needs to recover from Covid-19, which has caused the country to collapse as a top manufacturer. Although it has been three years since the Covid-19 outbreak, China still has a lockdown policy, while the rest of the world has returned to pre-pandemic norms. According to Computerworld, the lockdown reportedly has cost Apple $1 Billion weekly. Another obstacle was employees, primarily young people, refusing to work for such low pay. In late November, these two incidents generated protests to flare up at the Zhengzhou factory. The Zhengzhou factory employed about 300,000 individuals and, at one point, made 85 percent of Apple’s iPhone Pro lineup.

Both Apple and China have mutually benefited from this relationship. Still, after all the incidents that have weakened China as a leading manufacturer, Apple no longer feels comfortable placing all its eggs in one basket. Apple also has told its manufacturing partners to do the same. With that said, Apple ultimately plans to ship 40 to 45 percent of iPhones from India, a large amount compared to how much the company imports currently. Conversely, Vietnam is expected to manufacture other products such as Airpods, smartwatches, and laptops. But according to an adviser for companies on supply-chain issues, Don Panzica, India, and Vietnam aren’t high-end phone manufacturers. Even though manufacturing in Vietnam is growing, they lack the number of workers compared to China. On the other hand, India obtains the people but has different governmental coordination because each state is run differently, which is challenging for Apple to navigate.

Consumers have been waiting for the newer iPhone for some time, which has been the most extensive delay in the product’s 15-year history. In November, Apple announced it would delay the shipment of the iPhone Pro models due to Covid-19 restrictions at the factory.

Practice Poper Mobile Asset Management Over the Holidays
December 19, 2022
What to do with Old Cell Phones
November 28, 2022
Are More People Keeping Their Smartphones Longer?
October 18, 2022