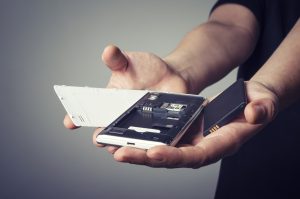 In the wake of Apple’s admission of purposely slowing down older iPhone models when newer models are released, we’ve seen widespread feelings of disappointment and discontent with the consumer tech giant. While Apple representatives have stated the planned slowdowns are a deliberate effort to keep extend the usable life of older iPhone models as the lithium-ion battery begins to wear down, many are calling the company’s actions “fraud and unfair business practices.” Therefore, in an effort to assuage the situation, Dec. 30 Apple announced their plan to offer discounted battery placements, a month earlier than originally intended, for users with an iPhone 6 or later models (iPhone 6 Plus, iPhone 6S, iPhone SE, iPhone 7, and iPhone 7 Plus).

“We expected to need more time to be ready, but we are happy to offer our customers the lower pricing right away. Initial supplies of some replacement batteries may be limited,” said an Apple spokesperson in a statement.

Many customers were upset with the lack of communications about the power management feature in the new iOS and while Apple has apologized, some users are already suing the company and seeking class action status. Moving forward, Apple states they will communicate with customers more efficiently and is currently working on a new iOS feature that will give users more information on their battery’s status.

Until that time, replacing the old battery with a fresh battery should restore the phone to its normal speed. Battery replacement operations by Apple normally runs an average of $79, without Apple Care coverage. However, with Apple’s new offer, affected iPhone users can immediately receive a battery replacement for a discounted $29. The offer is available worldwide by going to an Apple Store or Apple certified retailer, or mailing a phone into Apple support. The company had originally planned to offer $50 battery replacements by the end of the month, however to accommodate the needs of their customers, Apple decided to lower the price and push the offer date.

If you’re experiencing a slowdown with an affected iPhone model, looking into the discounted battery replacement may be worth your wild! However, be sure to act fast because the discounted price is only good through the end of 2018.