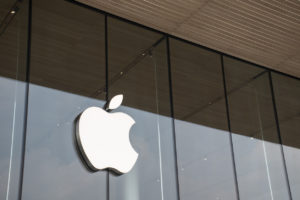 Apple held their second October event, announcing several new products including HomePod Mini, a third generation of AirPods, and a new MacbookPro. The event also included major updates to Apple Music, and several new M1 chips. Apple first announced changes to one of their most popular apps, announcing that the new integration of Siri with Apple Music will allow users to access even more music with just their voice. The new feature will be available with a brand new Voice Plan for the app.

Apple’s first product announcement, the HomePod Mini, brings all of the benefits of HomePod with a new design and several new colors.

AirPods may be Apple’s most popular product, and now they’ve released a third generation which includes a new audio feature called. Spatial Audio enables an immersive-like theater experience, bringing you further into your favorite forms of entertainment whether it’s a new T.V. series or a good audiobook. The new AirPods also come with a new design that tailors the way you hear something to the way you’re supposed to hear it. The sides contain a force touch sensor, allowing users to control volume and other features with the quick touch of a fingertip. Considering how many different activities AirPods are used for, the new generation is now sweat and water resistant, with a longer battery life, wireless charging and MagSafe support.

Lastly, Apple announced the latest release of their most popular laptop, with a new keyboard design and a larger display. The new MacbookPro includes a 16’’ model and a first ever 14’’ model, both with larger displays. Per user request, the new MacbookPro will no longer include the touch bar, but instead contain the original keyboard buttons along the top, with a new darker keyboard display. Both models include several new ports, including an HTML port and SD card slot, and both support Spatial Audio. Among the many new features, the most notable is the development of new M1 chips. Recently, Apple released the M1 chip, and now they have created not one, but two more. The M1 Pro and M1 Max allow for even faster performance speeds using less power, and many new updates that can be viewed on the Apple website. The new models each include a better camera, mic sound system, and contain 80% more bass.

In efforts to reduce the amount of raw materials used in the manufacturing process, the new MacbookPro is made with recycled aluminum. Recycling old electronics helps contribute to preserving resources required for manufacturing new devices, and helps prevent the potential dangers of landfill contamination. IT asset disposition facilities like HOBI International Inc. collect retired IT assets and ensure that they are properly and safely disposed of via refurbishment and resale, or recycling.