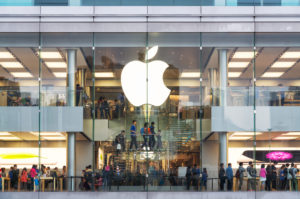 Huawei, LG and Amazon followed in the third, fourth and fifth positions. Google did not make the list, although the company released its Pixel and Pixel XL devices before the holiday season.

Phablets, devices with screens between five and seven inches, grew to 37 percent of device activations this year, a 10 percent increase from 27 percent. While phablets’ popularity grew, medium sized devices fell from 54 percent in 2015 to 45 percent in 2016. Full-sized tablets stayed at 9 percent, small-sized tablets fell to 8 percent and small phones amounted to 1 percent of device activations.