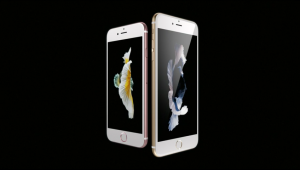 Have you ever noticed your iPhone grow slower and slower over time? You might not have downloaded any new apps or even been using your phone significantly more, but somehow it feels more sluggish. Well, you’ll probably be glad to know that it isn’t just you. Yesterday, Apple confirmed investigations into the health of its iPhones as they age and said that while it is true older models will slow with age, the slowdowns are a deliberate effort to keep these dated models running longer as the battery wears down and not part of the ‘planned obsolescence’ narrative to push users to buy a newer iPhone.

In a statement from Apple, the company explains “Lithium-ion batteries become less capable of supplying peak current demands when in cold conditions, have a low battery charge or as they age over time, which can result in the device unexpectedly shutting down to protect its electronic components.” The Apple software aims to avoid these unexpected shutdowns despite having some battery life on older phones, and this in turn causes phones to experience slowdowns.

The discussion of the change in speed of iPhones after battery replacement has been an trending topic on popular American social media website, Reddit for some time. When John Poole, founder of Geekbench, a computer-monitoring software company, caught wind of it, he decided to research whether there was any truth in the claim.

Through a series of tests on older models of the iPhone 6S and iPhone 7, as well as recent versions of Apple’s iOS software, Poole found that Apple does seem to downgrade the performance of the iPhone’s processors after their batteries hit a certain number of recharge cycles. Previously, this was an issue Apple experienced with the iPhone 6 and iPhone 6s models. While Apple offered trade-ins for some models of the iPhone 6s, many have said that the issue has affected other models, and Poole’s research shows the same processor performance degrading happened for him on the iPhone 7 as it did on the 6s.

Last year, Apple released a feature for the iPhone 6, iPhone 6s, and iPhone SE models to help prevent an unexpected shutdown and has now extended the feature to the iPhone 7 with iOS 11.2. Apple claims that the introduction of this feature is for the customers benefit, as it prolongs the longevity of the batteries in their iPhones, even if it does mean these customers are using a slowed-down phone.

Some Reddit users reported that replacing an iPhone’s battery significantly sped up their older models. Unfortunately, iPhones do not have batteries that can easily be replaced by users. Nevertheless, replacing the battery in an older iPhone is something many might want to consider since doing so through Apple will only cost $79, if the user does not have an active AppleCare warranty protection. This is a much cheaper option than spending hundreds of dollars replacing the device.

If you have an older model iPhone and are curious about you own device’s battery life, there are free apps you can download to find out how your phone is functioning, such as Battery Life by RBT. Or you can head to your local Apple Store to get your device’s battery checked for no charge.