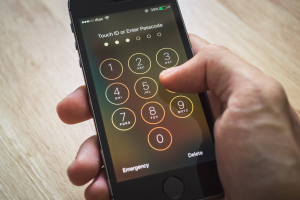 Blackberry was the leading mobile device provider at the time, but ultimately could not compete with the iPhone’s innovative design, through which users could email, scan the Internet, text message and talk on the phone simultaneously. The iPhone became a precedent for smartphone design, with companies such as Samsung emulating its features.

Since its introduction in 2007, Apple has released 11 different versions of the iPhone, and sold more than 1 billion of the devices, boosting Apple’s overall market value to $628 billion. While the iPhone led smartphone market share for many years, growing smartphone lifecycles led to decreasing iPhone shipments within the past year.

Although iPhone shipments slowed throughout 2016, experts expect the iPhone to make a serious comeback this year. Apple’s 10-year anniversary iPhone device is rumored to have radical design changes, as well as AR/VR capabilities. If Apple’s 10th-anniversary iPhone follows the first generation’s example, tech leaders can expect a shakeup in smartphone design.