Amazon is Shutting Down Their Cloud Storage Service 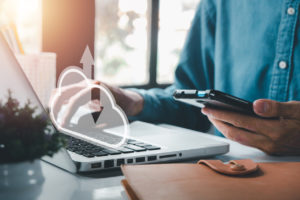 The cloud has changed the way we view file storage. Anything from photos to contacts can be stored in the cloud for as long as you need, and cloud storage has become a popular feature for tech companies such as Apple and Google who each use their own versions. Many are unaware that Amazon also uses its own version, Amazon Drive, but due to competing services is set to shut down the service next year.

Amazon drive was launched 11 years ago, but it never grew to the heights of Apple iCloud and Google Drive. As a “secure cloud storage service for Amazon customers to back up their files,” Amazon Drive was created to compete against other cloud storage services, but unfortunately became obsolete among so many others. Most have never even heard of Amazon Drive, and now it may be too late to use.

Starting October 31, the Amazon Drive app for Android and iOS users will be removed from respective app stores, and no additional uploads will be allowed after January 31, 2023. However, the Amazon Photos app will still be accessible, and Amazon Prime members will receive unlimited backups of full-resolution photos and videos up to 5GB per file. Non-members will also receive 5GB of all-purpose storage.

Amazon has guaranteed that users’ existing media on Amazon Drive have already been saved to Photos and will be accessible even after the deadline. Anything other than photos or videos will be removed if not downloaded and moved from the drive.