A New Era of Smartphone Operation 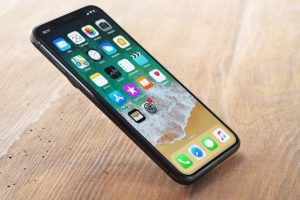 The way we interact with our smartphones is rapidly changing. With the rise of the touchscreen display in smartphones, mainstay features like buttons have been left behind in the dust. The end of smartphone buttons came about when Apple introduced a set of new navigation gestures on the iPhone X in lieu of a home button. Now, Google’s Android P is following its lead. In the next major update to the Android operating system, it will lose the signature trio of virtual buttons at the bottom of the screen – the back button, home button, and app switcher – in favor of swipe-based on-screen navigation, which some experts say will completely revamp the core navigation of the Android smartphone.

However, unlike Apple, which completely did away with the home button completely, the Android P will still offer some semblance of a virtual home button that you can tap to return to your phone’s home screen or long-press to launch Google Assistant. The goal of these changes, according to the company, is to make Android simpler and more approachable. The change also frees up space on the screen for other purposes: In Android P, the spot where the multitasking button used to reside in the lower right will now house a rotation lock button instead. The new gestures additionally allow for speedier navigation and a more flexible interface.

And compared to the changes Apple made with the iPhone X when compared to all previous models, the new gestures in the Android P don’t actually seem all that drastic. On most Android devices, the home button has been virtual for a few years now, and thanks to Android’s flexibility, some models have already implemented similar gesture-based navigations.

The removal of these virtual buttons is part of a larger trend. It started with a number of apps embracing this idea: Tinder, with its swipe-left, swipe-right interface for selecting romantic matches; Snapchat, where you can swipe back and forth to view your contact’s “stories”; even Instagram, with buttons in the upper corners of its app for Stories and Instagram Direct, lets you alternatively swipe right or left from the app’s feed to get to these features.

The early days of the smartphone largely replicated experiences on the desktop, shrunken down and made touch-friendly for the device’s smaller display. But the iPhone celebrated its 10th anniversary in 2017, and the Android platform will be turning 10 this year. With a decade of smartphone use at hand, OS makers are making more radical changes to that experience based on how usage has evolved. While it may take hours or days to make a new swiping gesture habit – like Android P’s new upward half swipe for accessing the app switcher – ultimately it’s an action we’re familiar with thanks to the lead set by pioneering mobile apps and other existing on-screen navigations. Buttons will likely never leave the smartphone entirely – since “taps” are the other half of the touchscreen experience after all. But swiping is increasingly proving to be an efficient, effective alternative to some previously button-based navigations. And without a doubt, the iPhone X and Android P are setting the stage for a new era in smartphone operation.