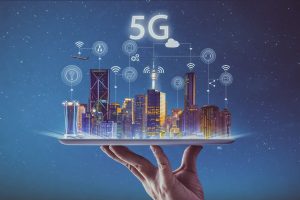 The telecommunications industry is bracing itself the arrival of the latest generation of wireless technology; 5G, or fifth generation mobile networks. The hype for 5G is so big that companies everywhere have been talking about the “transformative power”of a technology that hasn’t even been standardized yet. And while it has yet to arrive yet, we know that 5G will genuinely be transformative when it finally gets here.

Those who can think back to a decade or two ago, will instantly realize the smartphone industry has changed wildly in a relatively short amount of time. From pocket-sized phones to clunky brick-like electronics the size of boxes, the cell phone has gone through numerous transformations in the last few years. When the 3G network first hit the scene, people thought nothing would get better that having the ability to surf the web and check emails from a compact and mobile device. Then, when 4G LTE rolled out, the ability to stream full-length movies and running advanced applications from mobile phones seemed to be unimaginable. Now, with the advent of the 5G network, what new changes should we expect in the smartphone industry?

Perhaps the highest expectation people have for 5G technology is higher speeds and capacity, with much lower latency, which is the lag between initiating an action and getting a response, than the current 4G network has to offer. Sending and receiving signals almost instantaneously, it is expected that 5G will offer mobile internet speeds of more than 10 gigabits per second (Gbps), which happens to be approximately a hundred times faster than 4G. With instantaneous speed, latency could be reduced to less than a millisecond. In fact, 5G technology boasts higher speeds that could allow a user to download a full feature-length movie in High Definition in less than five seconds! Smartphone users will literally be able to complete a multitude of tasks with just the touch of a button using this technology.

More than likely, cell phone manufacturers across the board will likely capitalize on this and work harder to develop phones that have higher resolution and increase memory capacity. Manufacturers may even attempt to design applications that are as advanced as full-sized console video games, given the speed that networks run on. While it’s hard to image people being able to play video games directly on their cellphones over a 5G network the same way people today play video games on a Playstation console, going mobile has been the trend for the past few years and proves to be a path technology continuously aims to improve in. As we saw in Nintendo’s mobile game console, the Nintendo Switch, technology must be mobile in order to capture the market’s attention.

In addition to faster download speeds, 5G is expected to facilitate the implementation and adoption of the Internet of Things (IoT). This could have huge implications for industries like manufacturing that increasingly rely on the IoT for digitally connecting their processes and factories. It’s even possible that we’ll see a blurring of lines between the smartphone industry and cable companies. If it’s true that a 5G network could replace the standard internet connection, it is possible that people might start relying on a 5G network for TV signals as well. With streaming applications like Google’s Chromecast and Roku, cable companies have already taken a big hit, and if 5G is capable to the extent that experts believe it is, traditional cable companies could well be on their way to be put out of business for good. Just as cell phones have all but eliminated household landlines, internet and cable packages could very well be next.

China, South Korea, and the U.S. have already begun to trial the technology, and many other countries are expected to follow with spectrum sales or auctions over the next 12 months. In the coming years, telecoms companies are expected to invest heavily in capital expenditures to cover implementation costs, such as installing new towers in rural areas and mobile hotspots in dense urban areas, in the hope of enabling their technology to reach the speed of 10 Gbps.

Many telecommunications companies, particularly in Europe, are encountering obstacles when they present the higher cost of increased data usage to their customers. Nevertheless, many carriers are also realizing the many business opportunities 5G brings—including new sources of revenue from avenues that capitalize on the growth of the IoT, such as smartwatches, other wearable items and sensors embedded in industrial products that can be connected to 5G networks. These opportunities are available to both carriers and tech companies worldwide.

Last year, Verizon said they would be rolling out 5G network sometime in 2018, and now AT&T has also announced their plan to begin distributing its mobile 5G network by the end of the year. While you can’t buy the technology just yet, rest assured that 5G is here. It’s just a matter of when it will become mainstream.