2018 IoT trends affected by the GDPR 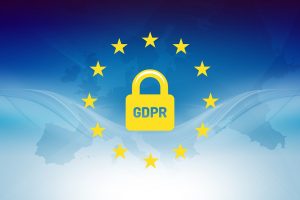 With the internet now controlling or being linked to nearly everything that we do. it’s time we take a look at the latest trends and their effects on GDPR and everything IoT. The internet of things is one of the most significant technological revolutions of our lifetime. It has the potential to transform almost every aspect of our lives and is also growing annually by 19.92 percent.

In fact, the global IoT market is projected to be valued at $8.9 trillion by 2020. But while the IoT is gaining more traction in 2018 than ever before, there is a complicating factor that IoT developers should be aware of — the General Data Protection Regulation (GDPR). The GDPR has created a number of new security and privacy issues that will have an effect on the IoT. New devices need to be developed with the new GDPR standards in mind, along with other changes that the IoT has wrought.

Provided are a few trends we’ll more than likely see within the IoT as a result of the GDPR.

1. Near-universal connectivity
More than likely, by the end of the year, it will be nearly possible to connect nearly every device on earth. However while this may be the case, most devices won’t be connected with each other due to cost constraints. Even so, devices can be easily connected where it is practical to do so. Through the analytics data in this IoT industry report, we can see not only the massive growth within this industry, but also the massive amount of money being spent to protect customer data and privacy when relying on such technology.

For example, numbers are now on track to surpass $134 billion in spending by 2022 on IoT security alone. With Cloud Management Suite being the first IT management solution that can discover IoT devices, it will be interesting to see the different types of data reports and trends they release in the coming months – while also helping IoT-based businesses better understand the needs of both their customers and brand partners.

With so many ways businesses, brands, and organizations using the connectivity and benefits of an IoT-based business, we are also going to see further improvement in customer service, communications and bottom lines for those who continue to implement these methods. This will have profound benefits in numerous fields, from medicine to oil production. For example, patients with wearable devices can send vital health information to their healthcare providers in real time. New devices will be built with a wider variety of sensors and output channels to improve connectivity.

While better-connected IoT networks will bring many advantages, they will also create new complications for the GDPR. Consumer data will be collected at different points, so numerous companies may be responsible for developing security and disclosure policies.

3. More pressure to enhance security
But of course, all of the benefits of the IoT come with a rather significant trade-off – greater security concerns. Every IoT device is a potential invitation to cybercriminals.

Security risks have been a serious concern since the birth of the IoT. Those concerns are mounting as the IoT increases in size. For the time being, regulators have taken a largely laissez-faire approach to IoT security. Their attention has been mostly directed at more pressing security risks. However, they won’t be able to ignore the security challenges of the IoT much longer. They are acknowledging that the highly fragmented nature of IoT networks is a challenge that needs to be addressed.

In 2018, we are starting to take the focus on mobile technology to the next level, therefore we’ll begin to see a number of mobile-only applications become available.